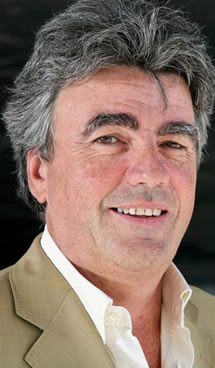 - s.s. 23 aprile 2013
Professor Patrick Aebischer is a Swiss citizen and he was born on November 22, 1954. Patrick Aebischer was trained as an MD (1980) and a Neuroscientist (1983) at the Universities of Geneva and Fribourg in Switzerland. From 1984 to 1992, he worked at Brown University in Providence (Rhode Island, U.S.) as an Assistant and then Associate Professor of Medical Sciences.In 1991, he became the chairman of the Section of Artificial Organs, Biomaterials and Cellular Technology of the Division of Biology and Medicine of Brown University. In the fall of 1992, he returned to Switzerland as a Professor and Director of the Surgical Research Division and Gene Therapy Center at the Centre Hospitalier Universitaire Vaudois (CHUV) in Lausanne.In 1999, Patrick Aebischer was appointed President of the Ecole Polytechnique Federale de Lausanne (EPFL) by the Swiss Federal Council. He took office on 17 March, 2000. President Aebischer is also member of the ETH Board since 2004.He is a member of numerous professional societies, both in Europe and America. He is a fellow of the American Institute for Medical and Biological Engineering and of the Swiss Academy of Medicine.Patrick Aebischer is also the founder of three biotechnology companies. His current research focuses on the development of cell and gene transfer approaches for the treatment of neurodegenerative diseases.