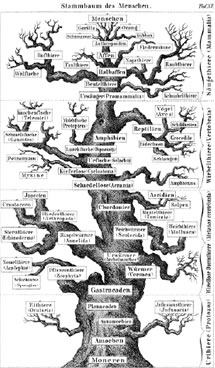 Unione Zoologica Italiana (UZI) with the support of the Istituto Veneto di Scirenze, Lettere e Arti organizes the third UZI School, an event that is intended to get together young researchers and senior scientists to address and discuss topics of large interest and particularly relevant in metazoan phylogeny and evolution.

Aims and rationale: The main goal of the UZI Spring School 2013 is to present the "state of art" concerning the evolutionary relationships among the major animal phyla. The rapidly increasing amount of molecular data for an enormous number species across the animal Kingdom as well as the continuous development of new methods of data analysis has produced several metazoan molecular phylogenies often challenging the traditional phylogeny based on morphological characters. However, also the various molecular phylogenies proposed in the last decade are frequently in disagreement pointing out the difficulty to find a consensus on animal clade relationships, and particularly between some nodes of the metazoan tree. During the three days of the school the still unsolved problems of metazoan phylogeny will be addressed also trying to define strengths and weaknesses of using molecules for deep phylogeny reconstructions. A general discussion on the relationships between animal forms, molecules and metazoan phylogeny and evolution is the ultimate goal of UZI Spring School 2013.

Organization of the school: The school will be organized on four half-day sessions each from Friday afternoon to Sunday morning. Each session will be chaired by two senior scientists who will introduce the specific topic of the session by a main lecture. THe audience will be composed by 30 selected junior researchers.